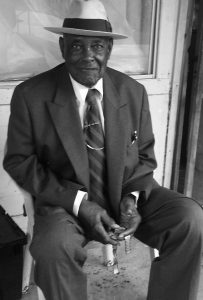 My Daddy, Carrol Clemon “Cal” Carter, was born on Saturday, April 26, 1919, the youngest child of the Union of Lou Ellen Inez Swift and Isaiah Carter, on their small ranch east of Luling Texas. He was preceded in death by his parents, siblings, two children Cal Dean and Earmine and two grandchildren Felicia Lee Freeman and Charles Brandon Keys.
Dad would forego his formal education to pursue his fortune in the Agrarian based economy of his era working first with his Father and older brothers and then on the surrounding farms and Ranches in the Tilmon and McNeil community. After a short stint with the Civilian Conservation Corps, he began to travel on “Cotton Picks” across Texas and as far away as Clovis, New Mexico and Gila Bend, Arizona to work for young Black Entrepreneurs who contracted huge Cotton fields to harvest. It was on such an occasion when he became smitten with the Boss’s daughter, who became his beautiful wife Verlee Callie Celestine Haynes Carter. They were married 65 years ago on November 12,1952 in Muleshoe Texas. Because of this union there are 15 children, Charles, Carol, Mae Etta, James (Donna), Hattie, Cal Dean(deceased), Truman (Linda), Lula, Earmine(deceased), Margaret, Pierce, Lillie, Levita, Fred (Becky) and Timothy with 33 grand-children and 33 great grandchildren and 3 great-great grandchildren he leaves to celebrate his homegoing along with 2 nephews MT Carter of Fort Worth Texas and Frank Carter of Lockhart Texas, 3 nieces Mary Lois Carter Coe of Luling Texas, Idelma Carter Shuler of Austin Texas and Gloria Faye Carter McAfee of Lockhart Texas, a host great nieces and nephews, cousins, friends and associates. My Dad converted to the Christian faith at an early age and has been a Deacon in good standing for 50 plus years at Ebbon Baptist Church until recently under the tutelage of the Dr. Reverend Herman Luckey who recently preceded him to glory. Dad was true to his Agrarian roots by gardening and toiling in the soil well into his 80’s, but his sources of income varied and adapted thru the decades changing from farming in the 30’s 40’s to the Construction Industry in the 50’s and early 60’s. In 1964-1966 he worked as a Porter at the El Cortez Hotel in Las Vegas, Nevada. The Late 60’s and 70’s Dad worked as a Custodian for the then Southwest Texas State University in San Marcos all the while contracting the cleaning of the Dairy Queens for the Haddock Family of Lockhart for parts of 3 decades. After his “retirement” he worked in the Green Thumb Project for Senior Citizens sponsored by the City of Lockhart for several years. Dad was a simple man not given to long speeches, but he taught us by example two lessons of Life, The value of Work, and the power of unconditional Love. Daddy rest easy, your name will not soon be forgotten, your Legacy is Secure! #CarterStrong
Family will receive friends from 6 pm to 8 pm on Friday, August 31, 2018 at Eeds Funeral Home. Funeral services will be held at 11 am, Saturday, September 1, 2018 at Ebbon Baptist Church in Luling. Interment to follow at Ebbon Cemetery.
Arrangements under the care and guidance of Eeds Funeral Home in Lockhart.
To view and sign the guestbook, visit www.post-register.com/obituaries/Carrol-Clemon-Carter