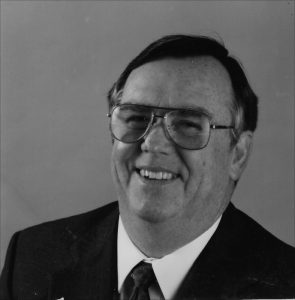 It is with great sadness that the family of Edward Allen Davis announces his passing at his home surrounded by his family on Monday, February 12, 2018 at 8:30 pm after a courageous battle with cancer. He is survived by his wife of 60 years, Helna “Josie” Davis, his children, Elizabeth and Scott, his two sisters Betty Wright and Carol Roberts and brother Joe Davis. Edward will also be remembered forever by his numerous nieces, nephews and extended family and dear friends. Services will be held at Eeds Funeral Home, 408 South Main Street in Lockhart, TX on Sunday, February 18 at 2pm. There will be a viewing preceding the service at 1pm and a graveside ceremony following the service at the Family Plot at Lockhart City Cemetery. Serving as Pallbearers will be: Richard Christie, Gary Trietsch, Bill Klipple, Tom Ohlendorf, Milton Dietert, Arnold Oliver, Newton Boriack, Bobby Barrett, Al Luedecke and Marcus Yancey.
Ed was born in Lockhart, TX on July 24, 1936 and attended the University of Texas, graduating with a degree in civil engineering. He worked for the Texas Department of Transportation for 35 years retiring in 1993 from his position as the department’s State Maintenance and Operations Engineer.
Ed served on the boards of numerous organizations over the years including the Bellville Jaycees, Bellville Lions Club, and Western Association of State Highway and Transportation Officials, Maintenance Section.
Ed spent his life boating, fishing, hunting and always helping out friends and family. He enjoyed his time at the lake house on Lake Travis where he spent many hours remodeling the house, building decks and many other projects.
Ed will be missed by all that had the privilege of knowing him.
In lieu of flowers, memorial contributions may be made to the Miracle Foundation at 1506 West Sixth Street, Austin, TX 78703.
Arrangements with Eeds Funeral Home, 408 South Main Street, Lockhart TX 78644 (512) 398-2343
To view and sign the guestbook, visit http://post-register.com/obituaries/Edward-Davis