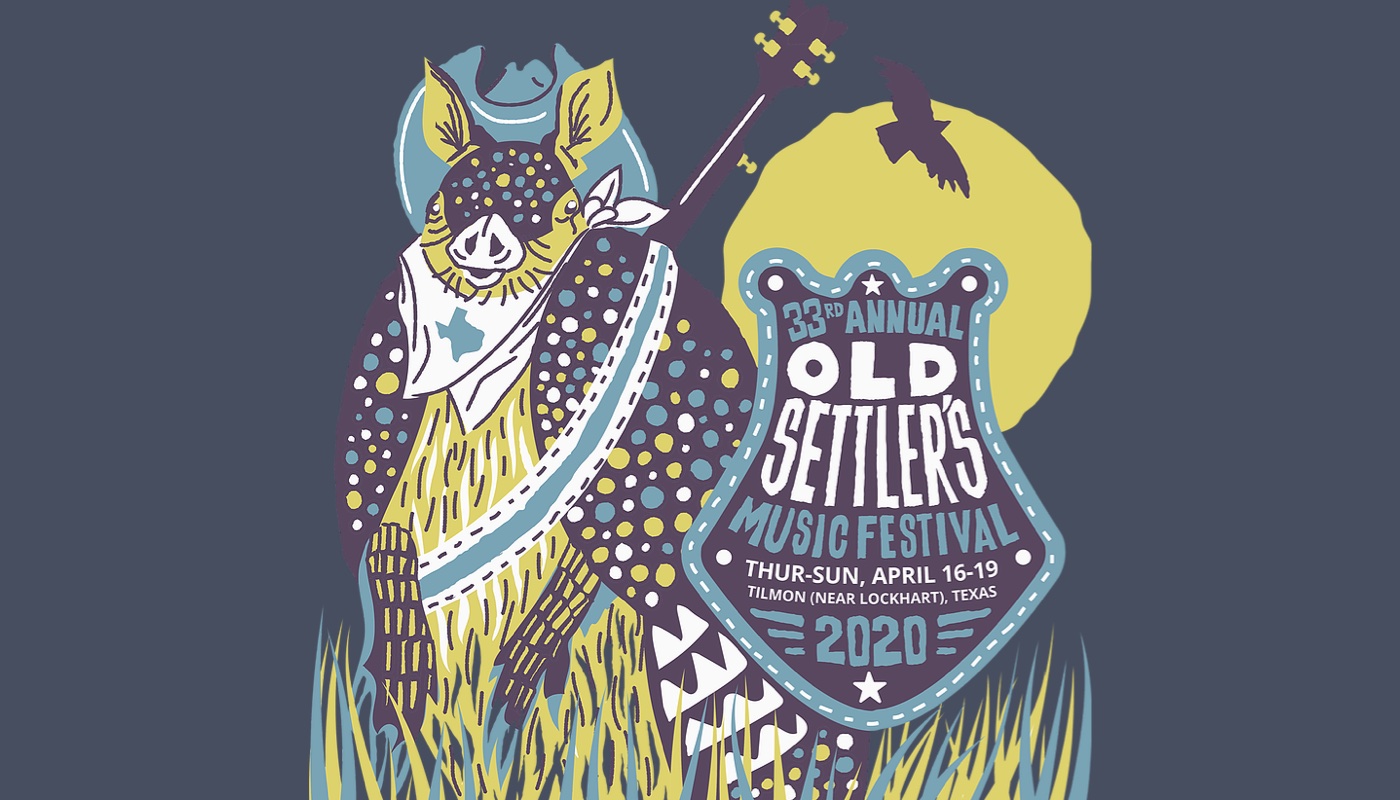 Due to current ‘Stay Home Stay Safe’ orders and guidelines surrounding COVID-19, this event has been postponed.

Old Settler’s Music Festival is an annual music festival held since 1987. The festival dates for 2020 are April 16th to the 19th in Tilmon Texas, just southeast of Lockhart, Texas. As one of Central Texas’ signature music events, the festival features americana, roots, folk, acoustic jazz and blues, bluegrass, local favorites, and award-winning artists from around the world. Camping, arts and crafts, food and drink are available.

The Old Settler’s Music Festival was first held in Old Settler’s Park in Round Rock, Texas. After the park flooded during a festival weekend, the organizers moved the festival first to Stone Mountain Events Center in Dripping Springs, Texas, and later to the Salt Lick BBQ Pavilion and Camp Ben McCulloch in Driftwood, Texas. In 2018, the festival moved to its forever home on 145 acres of rolling meadows and tree covered campgrounds. The new location is just a cd’s worth of listening from Austin, TX.

​Old Settler’s already has been widely recognized for its contribution to Central Texas culture; with over 30 bands performing for 16,000 roots-music fans each year, it is considered among the major events that help the region sustain its status as the “live music capital of the world.” And now, as it plants roots of its own on its new 145-acre property, Old Settler’s cements its status as the sole roots music and camping festival in the Central Texas area. “OSMF has become an elite musical event without sacrificing the community vibe that built it.”