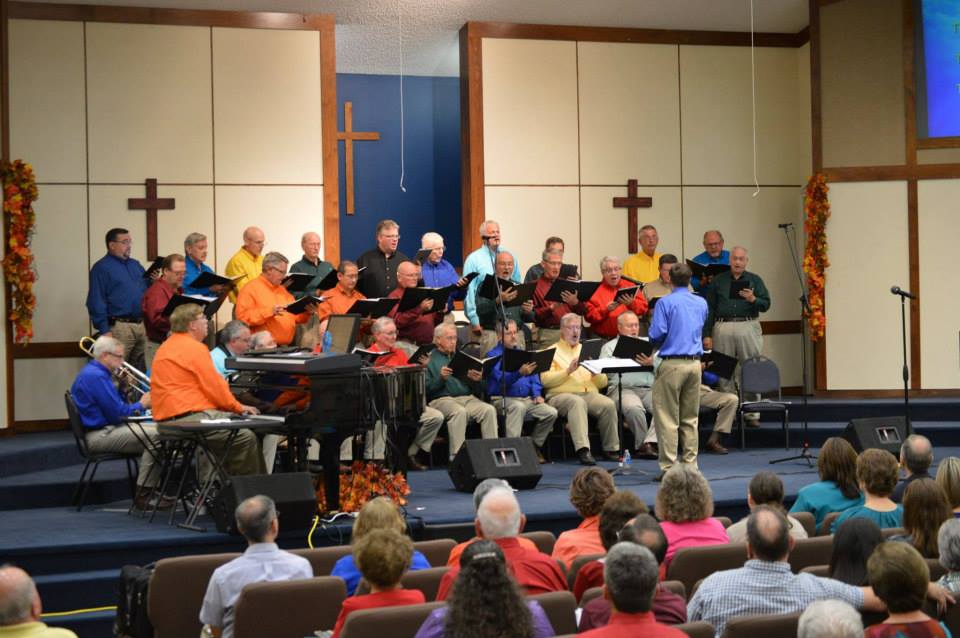 The Singing Men of South Texas is composed of Ministers of Music and church musicians from Baptist churches in South Texas. This chapter, one of six statewide chapters, draws members from Georgetown to McAllen and Del Rio to Port Lavaca. The South Texas chapter is directed by Larry Danks. The Singing Men of Texas were created in 1975 and serve as part of the Baptist General Convention of Texas.