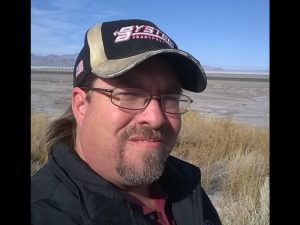 Kenneth Matthew Curtis, age 44, of McQueeney, Texas, passed away unexpectedly on June 23, 2018. His friends and family, who called him “Ken,” will remember him for his kindness and generosity. After joining the US Army in 1993, Ken served as a combat medic and was deployed to Iraq in 2003. After leaving the military, he moved to Colorado, North Dakota, and eventually returned to Texas. He worked as a long-haul truck driver and traversed the southwestern United States until his passing.
Born on June 1, 1974 to Robert and Charla Curtis in Austin, Texas, Kenneth was preceded in death by his father; paternal grandparents Raymond and Dorothy Curtis; as well as his maternal grandfather, Charles Ayers. He is survived by his mother; brother, Michael Curtis; sister, Teresa Curtis; six nieces and nephews; and by his loving fiancé, Amanda Gallagher.
Kenneth will be buried with military honors at Fort Sam Houston National Cemetery, date yet to be determined.
Arrangements under the care and guidance of Eeds Funeral Home, 408 S. Main, Lockhart, Texas.
To view and sign the guestbook, visit www.post-register.com/obituaries/Kenneth-Matthew-Curtis