The Lady Lions closed the regular season with two big wins, knocking off the Lehman Lobos and the Kerrville Tivy Antlers to finish the season second in District, with a bid to the Bi-District playoffs this week.

Gabby Ybarra powered the Lady Lions at the plate and on the rubber against Lehman. She racked up four RBIs on three hits. Ybarra also allowed only one earned run on the mound.

To finish the season, the Lady Lions traveled to Kerrville last week to take on the Lady Antlers.

Once again, solid play at the plate and in the field led to a big win, with the Lady Lions taking the 7-3 victory to earn second place in District, behind the Hays Lady Rebels, and a 28th seed in the Texas Girls’ Coaches Association state rankings poll this week.

Mills knocked in three runs, sparking the Lady Lions to the victory. Ybarra was a workhorse on the mound, pitching seven innings, allowing no earned runs, with six hits and one walk, while striking out three batters.

Rebecca Tidwell was 3-4, Gabby Ybarra was 2-5 with two RBIs, and Zierra Gonzales was 2-5 with one run scored. Bella Ybarra, Aslynn Garcia, Destinee Mann, Amanda Sigala and Kendra Litchfield all singled in the game.

In the first round of playoff action, the Lady Lions will travel to San Antonio Northside ISD to face the SA Edison Golden Bears, who finished their season third in their district, with a reported record of 3-8 (3-3).

The second game of the series will begin at noon on Saturday, April 26, and if necessary, the third game will follow at 3 p.m. 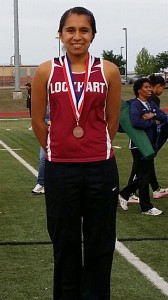 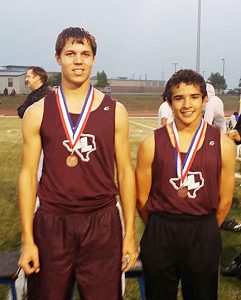 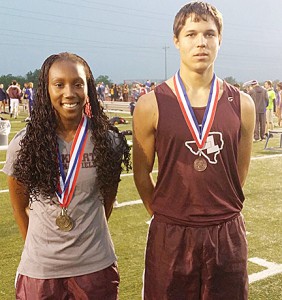 ielded two area champions, and four Lockhart High School athletes who will advance to the Regional Track and Field Finals on Friday and Saturday of this week.

Continuing in her path of domination, Shanice Manning won both the 100-meter dash (12.22 seconds) and the 200-meter run (25.2 seconds), earning a bid to Regionals in both events.

Lion Fernando Castillo also earned a bid to Regionals, winning the 200-meter run at Area with a time of 22.7 seconds.

Lion CJ McKinney placed sixth in the long jump, with a final mark of 19’8.5”, a strong finish, but not a high enough placement to advance. Gabby Escobedo also gave a strong performance at Area, finishing the 3,200-meter run in sixth place with a final time of 12:30.5. Like McKinney, however, she did not qualify to advance to Regionals.

The Regional Track and Field Finals will be held on Friday and Saturday, April 25-26,  at Heroes Stadium, 4799 Thousand Oaks Drive in San Antonio. Follow the Post-Register online or on Facebook for announcements of race times as they become available