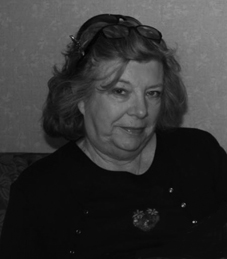 Mrs. Jay Lawrence Poth Jr. nee Susan Lynn Seeliger of Comfort passed away on Thursday, August 16 at the age of 78 years.
A woman described by family and friends as an angel on Earth with a gentle soul, beautiful both in and out—passed away after a full and gracious life. To her beloved husband of 58 years, Jay, she was known as Susie, the girl he won their freshman year in college at The University of Texas at Austin. To her children: Jamy, Robba, Bear, Michael, and Jill, she was fondly called mom, mommy, mama, mother. And to her grandchildren—Dustin, Austin, Jordan, Reece, Bryn, Lily, Aaron, Kara, Mary Claire, Charlie, Sloane and Allie—-Mamawmoo, Moo, Moopa, MaP were terms of endearment for their beloved grandmother.
Susan Lynn Seeliger was born on May 25th, 1940 in Lockhart, Texas to Leonard and Josephine Blume Seeliger, a salesman and English teacher. As the oldest of three children, she is preceded in death by her own parents and one brother Thomas Scott Seeliger. She had remained very close with her sibling, Alan Seeliger throughout her life.
Susan graduated second in her class at Buda High School, was a cheerleader, clothing designer, and played the snare drum. She received her bachelor’s degree from The University of Texas at Austin, and went on to a successful career as a medical technologist, laboratory manager and entrepreneur of laboratory services sales. Upon retirement she became an active volunteer in the Comfort Heritage Society. Through her work actions, this mother of five paved the way for future female leaders in the workplace, exceptionally modeling the balance of work and home life.
She married Jay Lawrence Poth Jr. on September 7th, 1959 in Lockhart, Texas, followed by a honeymoon in Port Aransas. The two reared five children, all graduates of The University of Texas at Austin and inspired by their mother each day.
With her husband and family, she traveled to Italy, Germany, Panama, Mexico, Canada, Sweden, and New Orleans, the latter being one of her favorite spots. Throughout her life, she maintained a beach house, ranch houses, and a second home in Austin.
She was known for her intellect and her talent. She often explored her creativity through pottery, making a full set of tableware, bowls and sculptures that she gave away to her family and friends. During her lifetime she enjoyed the University of Texas football and baseball games, cheering the Longhorns to season wins. Her cooking was legendary. Each year she hosted family for a full homemade Christmas feast organizing every detail of the coursed meal. German recipes were her specialty, with her potato salad and coleslaw unmatched.
She is most fondly remembered as a loving mother, good friend, avid Longhorn fan, and accomplished cook. Those that knew Susan always found unwavering inspiration and warmth.
Susan loved her own mother, Josephine Blume Seeliger Etlinger, in a similar way that many of her own children would describe her today. At the funeral of her own mother, Susan said, “It was a wonderful life, I could not have had a better role model. She was a very good mother with good morals. She was very supportive. From her I learned integrity, perseverance, hard work, and that education counts.” Any one family member would characterize Susan herself the exact same way.
Susan’s family describes her as a supportive and giving person. She always put her own needs second and offered exceptional advice. She would often tell stories of past experiences and her life in Central Texas.
Susan had strong faith and all her children received the sacraments in the Catholic Church. She loved the Hail Mary and she’s now in Christ’s loving arms.
Mrs. Susan Poth is survived by her husband: Jay Lawrence Poth Jr. of Comfort Three daughters, two sons and spouses:
Jamy Poth Kazanoff of Austin
Andrea and Todd Summy of Elgin
Bear and Gina Poth of Austin
Michael and Gwen Poth of North Carolina
Jill and Tom Jennings of Austin
11 Grandchildren
Brother: Alan and Linda Seeliger of Austin
Susan is preceded in death by her parents and one brother: Thomas Scott Seeliger
The body was in state in the Sacred Heart Catholic Church on Wednesday, August 22 from 9 to 10 a.m. with the Mass of Resurrection at 10 a.m.
Graveside services and interment will follow in the Comfort Cemetery
Pallbearers: Dustin Summy, Austin Summy, Jordan Poth, Reece Poth, Aaron Kazanoff, Rodrigo Ibarria.
Vigil Service was held on Tuesday, August 21 at 6 p.m. in the chapel of the Schaetter Funeral Home, Comfort.
Visitation for Mrs. Susan Poth was Tuesday, August 21 from 4 to 7 P.M.
For those who so desire you may make memorials in her memory to the Comfort Heritage Society or to the charity of your choice.
Arrangements are by the Schaetter Funeral Home
To view and sign the guestbook, visit www.post-register.com/obituaries/Mrs-Jay-Lawrence-Poth-Jr