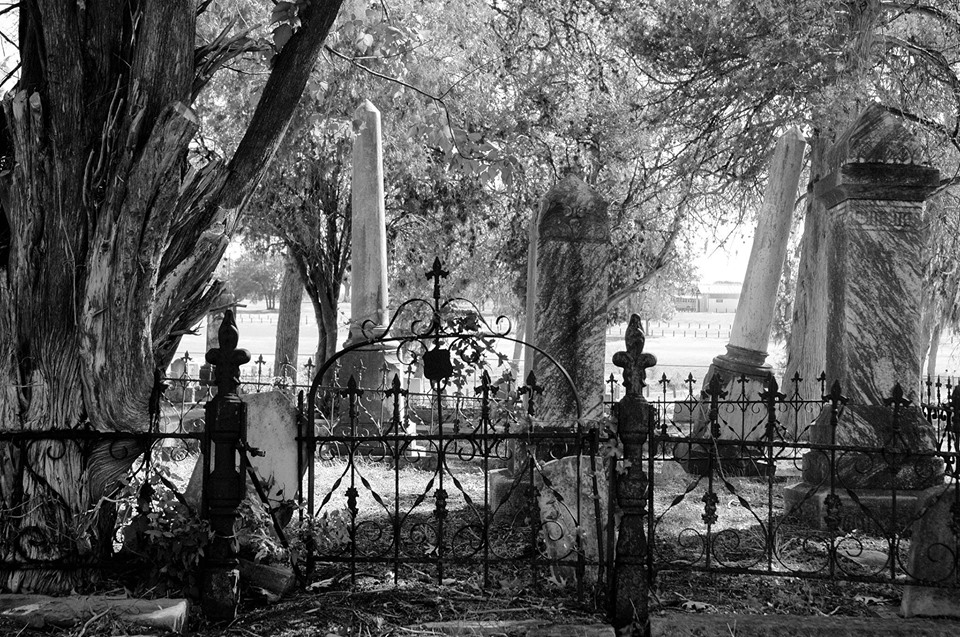 The Caldwell County Historical Commission is hosting their 16th Annual Speaking of the Dead “Night Ramblings in a Texas Graveyard” where costumed actors portray spirits from Caldwell County cemeteries. These guided tours are both educational and entertaining and sell-out early. Actors portray spirits of the past, telling their stories in character. Tours will start at the main entrance of the Lockhart City Cemetery, Friday evening, October 25, beginning at 6:30 p.m. and Saturday, October 26. 20 people per tour with 9 tours each night from 6:30 to 9:10 p.m.

Tickets for $15 must be purchased in advance. Follow the Caldwell County Historical Commission Facebook for updates. Complimentary parking will be at Kreuz Market and under the overpass. The proceeds from this enlightening event benefit the Caldwell County Jail Museum.

Spirits to be Portrayed

Following the Civil War, Texas found itself in a serious economic situation. It was soon determined that the cattle industry in Texas would be its salvation. Cattlemen began herding together thousands of wild Texas cattle to be driven northward to the railroads and shipped off to the northeast where they could be sold for a large profit. Richard Head was one of these Texas trail drivers. Head will be portrayed by Ray Chandler.

Edward Coopwood was a very prominent lawyer and banker here in Lockhart. He came to Texas in the latter part of the 19th century and became active in all the civic organizations of the community.   He was also an active part of the early Lockhart Volunteer Fire Department. He will tell us a little about what his life was like back then. Coopwood will be portrayed by Wayne Walther.

During the early 1900s a woman’s life was quite different from that of today. Women’s roles in society primarily centered around the family and home. However, Corinne Deviney was her own person and did not fit the image of what was expected of an early 20th century woman. Deviney will be portrayed by Mary Lowrance.

We have many military veterans buried here in the Lockhart Cemetery. Some of these men and women died during the war and many came home to lead productive lives for many years. Milton Wilson was a young man who enlisted in the Navy but served for only a short time before his death. Wilson will be portrayed by Todd Blomerth.

Most towns are known for having their “colorful” and “unforgettable” characters in their communities. Blanche Lohman came to Lockhart before she was a year old. She grew up as a prominent merchant and became one of the most beloved citizens in town. She lived a long and exciting life. Her love of people and her hometown, along with her outgoing personality, made her a most remarkable and memorable character. Lohman will be portrayed by Carol Ohlendorf.

Leonidas M. Camp served in the Civil War from Mississippi. He survived many of the bloodiest battles fought in that war and later moved west and settled here in Lockhart. He will tell us about the campaigns in which he fought.   Buried next to Mr. Camp is one of his daughters who became one of the most well-known citizens of Lockhart. May Camp was a quiet young woman who became the librarian for the Dr. Eugene Clark Library. She served in that position for a longer period than any other librarian in Lockhart. She was responsible for promoting education and culture through her job that extended through World War I, the Great Depression and much of World War II. Leonidas will be portrayed by Ray Sanders and May will be portrayed by Julie Ohlendorf.