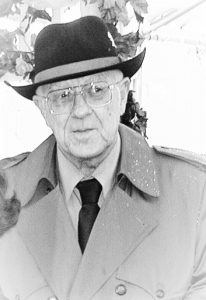 Donald Lee Rigsby passed away peacefully on June 30th surrounded by family and friends.
Don was born on November 4th, 1940 in Arrowsmith, IL and spent his youth through high school in Colfax, IL. At the age of 23, Don joined the United States Air Force where he served as a Medical Service Technician in Vietnam and received many commendations, awards and medals of honor. While overseas, Don met his wife, Tiangthong “Vina” Dawan Rigsby. They were married in Thailand and had a daughter, Donna Lee Rigsby, in 1971.
After returning to the States, Don spent the remainder of his 20-year service in the Air Force rising to the rank of Chief Master Sargant and receiving his Bachelor of Science degree from the University of Nebraska. The family eventually relocated to Austin Bergstrom Air Force Base where Don completed his service as an incredibly respected and admired CMSgt. Physician Assistant, retiring from the service in 1983. Don’s Physician Assistant class in the Air Force was one of the first in the country and he set the path for many of the wonderful Certified PA’s who currently practice all over the country.
After his career in the Air Force, Don continued his medical career as a Certified Physician Assistant in the ER at the short-lived Lockhart Hospital, working with Dr. Marc Silva at Gary Job Corp and ending his long and incredible medical career working with Dr. Martin Wiener and Seton Hospital at the Edgar B. Davis Hospital in Luling, Texas. In retirement, Don enjoyed spending time with his group of close friends including Al and Wilma Perez, John and Judy Stebe, Peter and Joy Reinecke, Doug and Ann Kolb, John Winters, Joe Islas, Noel Roberts, Dan McBride and others.
Don also enjoyed spending time with his grandson, Sterling McBride, who he absolutely adored. Don is survived by his wife of 47 years, Vina Rigsby, who resides in their home in Lockhart, TX. Don’s daughter, Donna Lee Lamendola, and son-in-law, Michael Lamendola, reside in Bee Cave, Texas. He is also survived by his grandson, Sterling McBride, and step-grandsons, Luke and Sam Lamendola. Don will be remembered as a loyal friend, doting grandfather, all around jokester, funniest man at the party, John Wayne and Willie Nelson enthusiast, outspoken and staunch Second Amendment advocate and the proudest conservative American who ever lived. There will be a private military service at Fort Sam Houston. There will also be a private Celebration of Life party will be held for family and close friends who will wear bright colors and share incredible, funny and wonderful stories about this brilliant and entertaining man. The world was a better place with Don in it and words cannot express how much he will be missed.
To view and sign the guestbook, visit www.post-register.com/obituaries/Donald-Lee-Rigsby