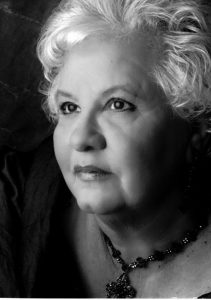 Mary Lee Cloud Alexander-Schawe, 84, of Lockhart, Texas passed away on May 9, 2018 in Temple, Texas. Burial will be at Lockhart City Cemetery on May the 28th at 11:00 A.M. Mary was born in Travis county to Clara Williams Haley and Roy Cloud on January 12, 1934. She went to school in Chicago Illinois. Mary moved back to Lockhart, Texas and married Morris Alexander on June 8, 1953. They had two children together. They divorced on March 12, 1975. Mary then married Neal Ray Schawe on March 26, 1977 until he passed away on June 5, 1989. Mary then moved to Port Aransas then back to Lockhart until she got sick to which she moved to Temple, Texas where she passed away. Mary began her career working in Dale, Texas at the Post office. She then went to college in Austin, Texas to become a beautician. Once she finished her education she went to work in Lockhart, Texas. She first worked at the Lockhart Hospital then went on to work for Dr. Tom Connelly in Lockhart where she went on to retire. Mary Loved her yard and her flowers. She had so many humming birds because of her flowers. She loved to travel on bus tours to Louisiana to go and gamble or just for one-day trips. Mary loved to do arts and crafts with friends at the coast. Mary and her friends did a lot of dancing and fishing together. If you’ve ever met her, you know she also loved a good cup of coffee and a smoke. Mary is preceded in death by her mother Clara Williams Cloud Haley, father Roy Cloud, step dad John Haley, husband Neal Schawe, brother Alvin Haley, sister-in-law Darlene Haley, brother-in-law Harold Hold, and best friend and fishing buddy Bobby Schmitz. She is survived by her son Marshall Alexander, Daughter Marlene Alexander Schwertfeger, son-in-law Mike Schwertfeger, sister Beth Holder, brothers Marlin and Lorraine Haley, Garlin and Ruth Ann Haley and Wanda Haley, sister-in-law Kathy Alexander, grandchildren Wendy and husband David Kilburn, Kim Schwertfeger, Matt and wife Jennifer ​​Bell, Jacob and wife Megan Bell, Jake Cory, Bailey Smith, Great grandchildren Caitlyn, Ethan, Kaden, Zane Kilburn, Courtney, AJ Bell, and numerous nieces and nephews. The family of Mary Lee Schawe wish to extend our sincerest thanks to Seton PKWY in Kyle, Texas, Baylor Scott & White of Temple, Texas, and all the staff of Senior Care of Western Hills in Temple, Texas as well as the staff of Kindred Hospice in Temple, Texas. A big thank you to Gail Ferguson and Patty Voigt. Also would like to thank all the people from Medina Courts from Lockhart, Texas, Hilde, Karen, and Daina from Aransas Pass and Estallea Arias from Lockhart. We would also like to thank all of her friends she made in her life time. Arrangements with Eeds Funeral Home, 408 South Main St, Lockhart TX 78644 (512) 398-2343. To view and sign the guestbook, visit www.post-register.com/obituaries/Mary-Lee-Alexander-Schawe