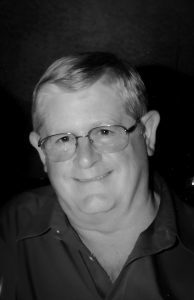 Ronnie graduated from Lockhart High School in 1963 and continued to remain close to his classmates throughout the years. He was an avid outdoorsman who loved hunting and fishing with friends and family. Ronnie also loved to cook. His passion for cooking led him to work at the Nighthawk Restaurant in Austin and Legion Inn in Lockhart. He also owned the Square Meal Cafeteria and went on to manage the Dairy Queen family business in Lockhart. He loved to barbeque (but did not enjoying eating it) and operated a barbeque trailer in his spare time.

After the Dairy Queen businesses were sold, Ronnie went on to work as a security guard at the Austin VA outpatient clinic and the FEMA headquarters in Austin before retiring to Lytton Springs. From then on, he could almost always be found in his garden. He developed a love for growing vegetables and there was something growing year-round that he happily shared with family and friends.

The family received friends from 1pm to 2pm on Tuesday, November 20, 2018 at Eeds Funeral Home, with a memorial service that followed at 2pm.

In lieu of flowers, family is asking for a donation to be made to Hospice Austin or to a charity of your choice.

Arrangements under the care of Eeds Funeral Home.

Former Pct. 1 commissioner Wright: It was ...