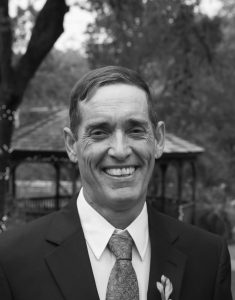 Steven Bryan Marshall passed away peacefully on July 30, 2018, surrounded by his family and friends. The world will be a little quieter, heaven will be a lot louder, and all the deer, fish, and other wildlife on earth are a whole lot safer. Steve was born in Austin, TX on June 1, 1961 to Jon and Delores (Barker) Marshall. Steve is preceded in death by his mother Delores. He is survived by his wife Katie Marshall, daughters Chelsea and Stephanie Marshall, father Jon Marshall, brothers Jay and Brad Marshall, and nephews Tyler and Wyatt Marshall.
Early on Steve showed a passion for creating and building. At a very young age he would often carry a hammer around just in case something needed “fixin.” Steve was a doer, a fixer, and a problem solver extraordinaire. If something was broke, he could fix it. If something needed to be built, he could build it. If something needed to be rewired, painted, cut down, paved, poured, sharpened, completed or done, he could do all of it and more. Steve was a jack of all trades and a master of at least half. Obviously, the other half were not worth mastering.
He met the love of his life Katie in July 1980, and they were married in April 1987. They had their first daughter Chelsea on September 5, 1987, and their second daughter Stephanie on September 17, 1990. Steve started his roofing company in 1995 with his longtime coworker, friend, drinking buddy, and all around partner in crime Bret Barnard.
Steve lived a full life that was full of adventure, mayhem, and hunting trips. He often said that he accomplished everything he wanted to and had a hell of a good time doing it. Steve was one of a kind, and he will be missed by many, remembered by all, and live on in the stories his family and friends will tell.
The memorial service was held on Aug. 8, 2018 at 11 a.m. at Thomason Funeral Home, 2001 Old Ranch Rd 12, San Marcos, TX 78666. Lunch and reception to follow at Dick’s Classic Garage Museum, 120 Stagecoach Trail, San Marcos, TX 78666.
In lieu of flowers, the family requests memorial contributions to Oink, Inc. The New Generation. Donations can be mailed to: Oink Inc., PO Box 949, Helotes, TX 78023. www.oinkincnewgeneration.com