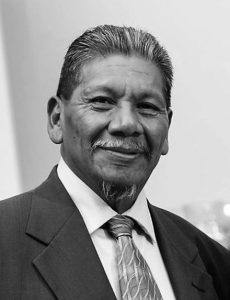 Alfredo “Freddy” DeLeon Sr., 64, of Lockhart, TX passed away on October 10, 2018 in Kyle, TX surrounded by his family. Born in Lockhart, TX he was one of seven children of Eliseo and Juanita Riojas DeLeon.
He is preceded in death by his parents; a brother, Joe DeLeon; a sister, Benita Guzman and 1 son, John Edward “Eddie” DeLeon (2007). Freddy leaves behind a loving family who will greatly miss him including his wife of 45 years, Irma Rocha DeLeon, 3 sons: Alfredo “Freddy” DeLeon, Jr. and his wife Stacie, Gregory DeLeon, Sr. and his wife Peggy Mendoza and Daniel DeLeon; a daughter, Jamie Kenny; 3 brothers: Julio DeLeon and his wife Rosie, Herman DeLeon and Rudy DeLeon; 2 sisters, Gloria DeLeon and Mary Alice Soto and her husband Arthur; 13 grandchildren and 3 great grandchildren.
Freddy was “A Powerful Man of God”. He was the first member and a “Pilar” of High Road Community Church in Uhland. He enjoyed everything from working on and watching Hot Rods but most of all he loved to spend time with his family, especially his grandchildren.
A memorial service was held at McCurdy Fuenral Home on Monday, October 15, 2018, officiated by Pastor Ruben Macias. Services are under the care and direction of McCurdy Funeral Home in Lockhart.
To view and sign the guestbook, visit www.post-register.com/obituaries/Alfredo-Freddy-Deleon-Sr