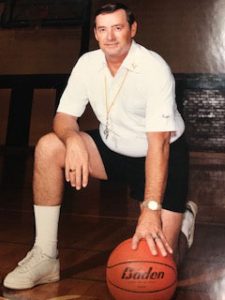 Gerald played basketball under Ralph Tasker at Hobbs HS which began his lifetime career of coaching and teaching. As a graduate of WNMU Gerald began his career at Hobbs HS under Tasker. He later took a coaching position at Texas Tech and was able to get his masters. He then took the Head Basketball position at Lockhart HS in 1969. He then took position as Head Basketball Coach at Abilene HS in 1979 for the next 16 years. He then assisted with Basketball at McMurry University in Abilene, TX where up on retiring he and his wife moved back to Lockhart, TX.

Loved and respected Gerald will be greatly missed. The cremation has taken place and a celebration of his life will be announced at a later date.

Business owners to push back against Hot ...