Putting the unity in community 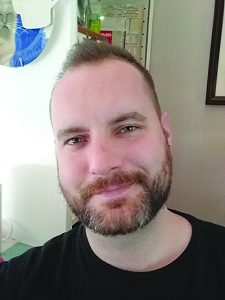 When a journalist is a newcomer to a community, everything he or she covers is from a completely fresh perspective. When you see something for the first time, it’s certain to resonate with you in a way that it likely wouldn’t if you’d experienced it time and time again.
When I heard that Lockhart annually conducts its own march and ceremonies on Martin Luther King Jr.’s birthday, I didn’t know what to expect. Would it be well attended, or would people just treat it like Presidents Day or Columbus Day: days usually reserved for a third consecutive day of lounging.
It’s safe to say that nearly everyone in America is familiar with King’s famous “I have a dream speech,” an address he gave on Aug. 28, 1963 during the March on Washington for Jobs and Freedom. The iconic speech embodied what the famous human rights activist was all about.
“When we allow freedom to ring-when we let it ring from every city and every hamlet, from every state and every city, we will be able to speed up that day when all of God’s children, black men and white men, Jews and Gentiles, Protestants and Catholics, will be able to join hands and sing in the words of the old Negro spiritual, “Free at last, Free at last, Great God a-mighty, We are free at last,” the speech famously concluded.
On Monday, it was truly a sight to see as people marched toward Lockhart City Hall as the Lockhart High School marching band played. The city hall parking lot filled up quickly as people of all ages began to congregate in preparation for the program.
It was hard to tell just how many people were in attendance, but suffice it to say, the number was in the hundreds.
One thing I’ve heard at a few events and meetings I’ve attended is that Lockhart is a diverse community. This was certainly apparent on Monday.
The event was attended by people of all ethnic backgrounds. Men, women, the young and the old all joined hands in prayer and song. They hugged one another and shook hands in a show of peace.
I never met the late Kenny Roland, who started the MLK march and event back in 2004, but I met his wife, Cathy, who still helps organize the event.
“It’s a very important event to me, because it was something that was very important to Kenny,” Cathy Roland said. “Kenny was loved by the community. He’d flash you his biggest smile, he’d pat you on the back, and you’d be friends, no matter who you were.
“We’re continuing his legacy with this event. It’s very important to me to see it continue.
“Before Kenny, we had no MLK march,” she continued. “He just wanted to bring everyone together.”
In Lockhart on Monday, Jan. 15, everyone was.
I think Kenny would have been pleased.
And I think Mr. King would have, too.