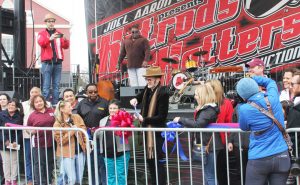 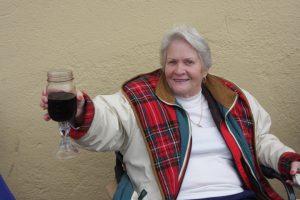 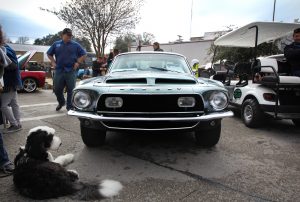 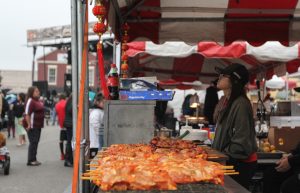 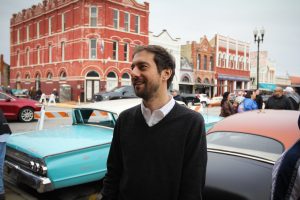 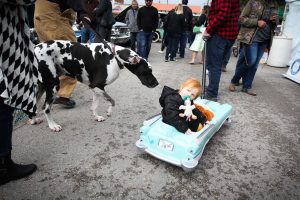 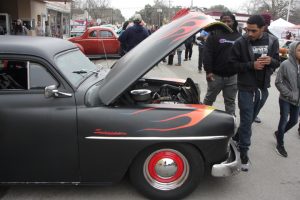 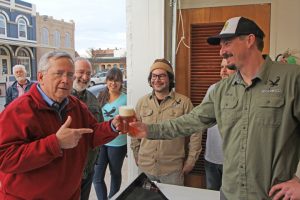 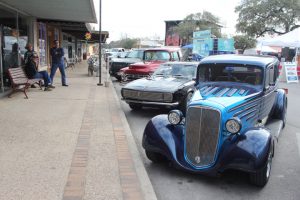 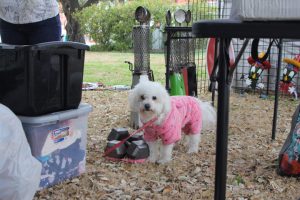 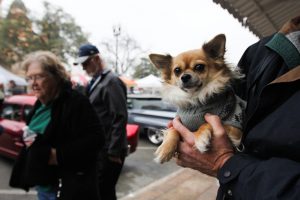 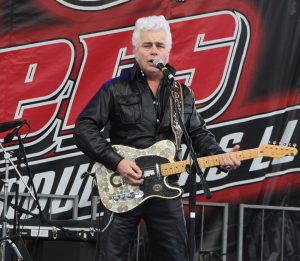 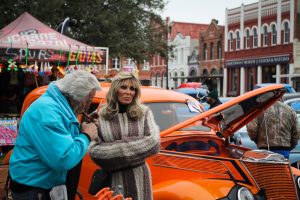 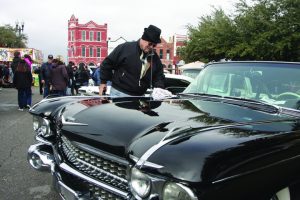 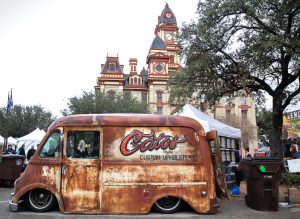 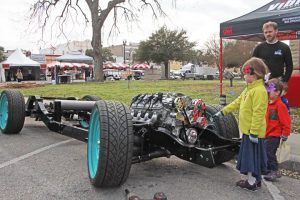 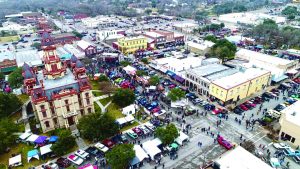 Charlie Jacobs’ 1959 black Cadillac Fleetwood shone brightly on Main Street as it reflected the sunlight that peeked through the cloud cover on an overcast Saturday afternoon.
Jacobs had parked his Cadillac by the Caldwell County courthouse for the seventh annual installment of Hot Rods and Hatters, an event started six years ago by then-resident Joel Aaron Gammage when his plans for a small birthday party grew legs and ran off to the races.
While a number of cars at the Saturday event had signs on them that revealed them to be their owners’ trusty daily drivers, that wasn’t the case for Jacobs.
“I’ve only put about 500 miles on it since I bought it,” laughed Jacobs, a New Braunfels resident, as he meticulously shined the majestic metal beast with a chamois.
While no official numbers, totals or tallies were available at press time, Gammage – who still serves as the event’s producer – had originally projected the number of registered participants like Jacobs in the event at around 2,000. Following the festivities, he asserted that participation was likely the largest it had ever been in the event’s short history.
“It was really good,” Gammage said by phone as he was gearing up to return to Seattle, where he now makes his home. “We got a lot of positive feedback from the vendors and the participants.”
Thousands of different cars and trucks rotated in and out of downtown parking spots over the weekend. Myriad shapes, sizes, makes and models appeared, with cars ranging from an early-20th century Ford Model T to a 2015 Dodge Challenger and everything in between. Chevrolet C-10 pickups and El Caminos seemed to be popular truck participants, while 1960s-era Ford Mustangs and Chevrolet Camaros were popular sports car entries.
But the weekend was not just about paying homage to American classics. Live music began on a stage set up in the intersection of Commerce and Market streets on Friday night and continued Saturday from 11 a.m. through midnight. Couples two-stepped and swing danced to musical acts like famous Austin country musician Dale Watson, who donned a leather jacket and played two sets with his trademark Telecaster.
It also served as the soft opening for Caracara Brewing Company, the official adult beverage supplier for the event. Caracara sold from tents and from its backdoor.
Mayor Lew White was the brewery’s first customer, purchasing an IPA from the backdoor on Friday evening.
“Sales were great,” said Caracara owner Mike Mann, who expects an early spring grand opening for the brewpub, which will feature indoor seating at both bars and tables at its East Market Street facility.
At Tuesday’s meeting of the Lockhart City Council, councilmembers and Mayor White each commended the event’s success, the hard work of city staff and Gammage for the job he did organizing things.
White said the city had to make some last minute changes regarding a couple of private parking lots, but was able to do so without much trouble.
“It all worked out,” White said. “We had plenty of parking.”
The event attracted participants and spectators from all over.
“I came in from Sugarland,” said Katherine Stuedhalter, who sat in a folding chair and sipped wine from stemware crafted from a Mason jar.
Chris Sutton of Austin said he drove up for the event. He and Lockhart resident Lane Daniels took a break from the cars to enjoy a beverage and play a card game called Exploding Kittens inside Lockhart Arts and Crafts.
“It’s awesome,” Sutton said. “The cars and the food have been great. There are a lot of vendors and a good variety of things to look at.”
Layne Tanner was working the bar at Lockhart Arts and Crafts and said business on Saturday had been good.
“We’ve had a lot of people come in – some regulars, but a lot of new faces too,” she said.
Chapparal Coffee co-owner Taylor Birge set up an outdoor coffee stand outside her shop on East Market Street. Birge said she was anticipating the evening because her business had just started serving beer and wine.
“Hot Rods is the only event like this where we make money,” Birge said. “We’ll make more today than we would during a slow week.”
Marty Spellerberg, who has two galleries in town, echoed Birge’s sentiment.
“It’s been fantastic,” he said. “I open up for events and festivals because during a festival, there’s a lot of foot traffic. A regular Saturday isn’t so great, but today, I can’t say enough about how good it’s been.”
Janet Grigar’s shop Logos was open for business on Saturday, serving hot apple cider that could be served either straight up or spiked with vodka.
Cider could also be won by playing dice and rolling snake eyes – a popular pastime with folks who ambled inside.
Logos definitely benefitted from the chilly, overcast weather. A number of people who’d forgotten their jackets stopped in to buy hoodies, Grigar said.
“A couple of them were younger boys, so I know what happened there,” she laughed. “It was time to go, and they weren’t ready.”

Gomez grabs bull by the horns in ...