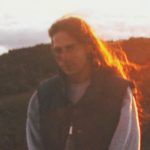 Robert Ryan Armstrong joined his Eternal Father on Saturday, May 11, 2013, at his home in Lockhart, Texas.

Ryan was born on March 29, 1974, in Austin, Texas. Ryan became a talented skateboarder starting at a young age; after moving with his family to Colorado, he would later utilize those same skills to become an excellent snowboarder and snowboarding instructor

After many years in Colorado, Ryan returned to his home on the ranch in Lockhart, Texas. Ryan always dreamed of returning to Colorado and the slopes and streams he frequented.

In addition, he also spent some time in Maui, Hawaii, where he extended his talents to surfing the breaks – in short, if a sport involved a board, Ryan could do it.

Ryan collected a wide assortment of music and musical instruments; in his most recent years, his hobby became mastering his guitar playing skills. In his spare time, Ryan enjoyed writing songs and poetry. He also had a deep love for animals and always had an open door to any stray that needed a home.

Ryan was preceded in death by his grandfather, Robert C. Armstrong, and his aunt, Doris Lynn Armstrong.

Survivors include his mother and father, Pamela Fritsch and John Robert Fritsch; his grandmother, Fay Goodman Armstrong; his aunt and uncle, Palma and Kent Fehr; and cousin Blake Fehr; his aunt and uncle, Linda and David Swayze and cousin, Dusty Swayze; his cousin, Tamara A. Patrick, husband John, and children, Zane, Gage, Austin and Aiden; his cousin, Brandon A. Wilson, wife Beth, and child Haley.