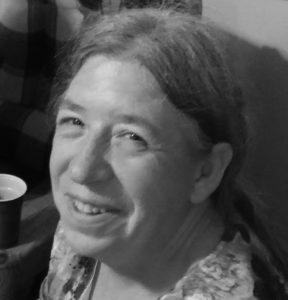 Ruby Jean Crider, a lifelong resident of Lockhart, Texas, passed away Tuesday, August 28, 2018 with her family by her side at the age of 59. She was born on February 19, 1959 in Austin, Texas to William Dan Crider, Sr. and Norma J. (Butler) Crider at the Breckenridge Hospital. She was the oldest of 6 kids. She graduated from Lockhart High School in 1978. She worked at Betty Brooks Sewing Factory, Gibson’s Discount Store, Wal-Mart store for 30 years, Chisholm Trail Nursing Home as a CNA, and she also was a security officer at the Wackenhut Prison. She was a very kind and special person to all who knew her and will surely be missed.
Ruby is survived by her daughters Kimberley Borders and Ashley Harlow, both of San Marcos, Texas; her son, Michael Wayne Crider, of McMahan, Texas; her mother, Norma J. (Butler) Crider of Lockhart, Texas; her sisters Jennifer (Crider) Huggins of Lockhart, Texas and Barbara Crider of Dale, Texas; her brothers William Dan Crider, Jr., Karl Crider, and Matthew Crider, all of Lockhart, Texas; and her eight wonderful grandchildren. Ruby is preceded in death by her father, William Dan Crider, Sr.
Ruby’s family received friends at Thomason Funeral Home in Lockhart on Friday, August 31, 2018. Her funeral service was held the following morning, Saturday, September 1, 2018, also at Thomason Funeral Home in Lockhart. Interment followed at Bunton Cemetery in Dale, Texas. The Crider family wishes to thank the Thomason Funeral Home for their assistance during their time of need. For more information, call Thomason Funeral Home at (512) 398-2300.
To view and sign the guestbook, visit www.post-register.com/obituaries/Ruby-Jean-Crider