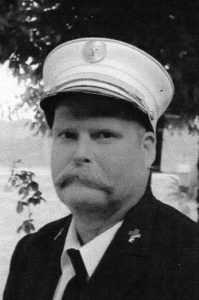 Tom “Tex” Harkins, 54, passed away after a valiant battle with a long-term illness. A current member of the Mid-County Volunteer Fire Department; and formerly a volunteer with Jollyville FD and Roosevelt VFD in Hyde Park, NY. Tom was a founding member of the Caldwell County CERT team. His dedication to “Service above Self” was unparalleled and will leave an emptiness in the community, and all those whose life he touched.
Tom is survived by his wife Gina, of Lockhart, brother Edward Harkins, sister in law Megan Harkins, of Indialantic, FL, mother Angela “Rita” of Indian Harbour Beach, FL; son Christian and wife Tori Harkins, of Austin; daughter Carla Harkins and fiancé’ Jeremy Oertli of Austin and 5 grandchildren who knew him as Pops. He was preceded in death by his father James Francis Harkins.
Donations may be made in his honor to the Firefighter Cancer Support Network.
Arrangements are under the care and guidance of McCurdy Funeral Home, 105 E. Pecan, Lockhart, Texas, 78644. Obituary and guestbook online at www.mccurdyfuneralhome.com
To view and sign the guestbook, visit https://post-register.com/obituaries/Tom-Harkins