UPDATE: Deputy wounded in shooting still in hospital, awaiting more surgeries as names of people suspected in shooting are released 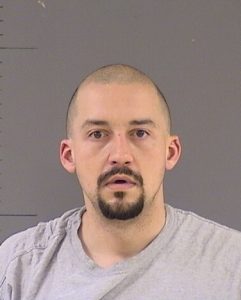 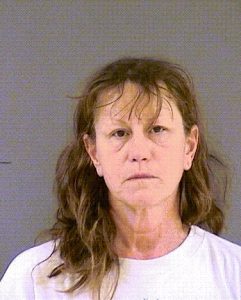 Two individuals have been arrested and charged in the Friday shooting of a Caldwell County Deputy who sustained multiple gunshot wounds while responding to a service call in Dale, a Caldwell County official has confirmed.

Eduardo Padilla Jr. and Kimberley Ashford Moore have been charged with aggravated assault with a deadly weapon and deadly conduct discharge of firearm. The two remain in the Caldwell County jail on bond totaling $100,000 apiece.

According to Caldwell County Sheriff’s Office Sgt. William Miller, deputies were responding to a service call on Hidden Oak Road when shots were fired. Deputy Jay Johnson sustained multiple gunshot wounds and was transported to a Central Texas hospital.

Johnson has been employed at the sheriff’s office for less than a year, according to a press release Miller sent out to Austin-area media outlets on Tuesday evening. According to the report, Johnson has been undergoing surgeries since the incident and remains in the hospital awaiting further surgeries.

The Texas Department of Public Safety on Friday said Johnson’s condition was “stable.”

The Texas Rangers division of the Texas Department of Public Safety is leading the shooting investigation.

Padilla and Moore’s names first appeared in reports by Austin-area media by way of Lockhart criminal defense lawyer Richard Banks, whom the Austin American-Statesman and KXAN reported was representing Padilla, 33, and Moore, 54.

According to KXAN, Banks said the shooting occurred when the deputy came up to their door with no lights on his car and pointed a flashlight at them. The TV station’s report that was originally published on Feb. 3 said Banks reported that the couple claimed they were afraid that squatters living across the street who had previously threatened them were on their property, and believed they were shooting at the squatters, not the deputy.

According to KXAN’s report, Banks said Padilla and Moore were expected to plead not guilty to the charges because of self-defense.

The Post-Register called Banks to confirm the report on Monday. Banks said he would not elaborate further, but said he stood by what was reported in the media over the weekend.

Banks confirmed on Tuesday that he was no longer serving as legal counsel to Padilla or Moore.