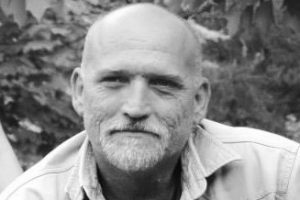 Jeffrey James Cockroft passed away in his home in San Marcos TX on May 5, 2018. Jeff as he preferred to be called was born on September 10,1968 in Maddison WI to Joseph and Kay Cockroft. Jeff and family moved to Dallas TX in 1976. Jeff was a wonderful man, husband,and father but his favorite was papa. He was loved and respected by many including his Dakota Ranch family who became his 2nd home. Jeff was proceeded in death by his father Joseph Cockroft and grandson Shane Cockroft.  He leaves behind his loving wife of 22 years Rhonda Cockroft of San Marcos, 7 daughter’s Melissa Wells of Thorndale TX, Kimberly Mendoza of Lockhart Tx, Jessica Cockroft of Gonzales TX, Brittany Wells of San Marcos TX, Alicia Mendenhal of Seminole Ok, Toni Cockroft of Seguin TX, Jade Pyleski of North Branch MI and 21 grandchildren.
To view and sign the guestbook, visit www.post-register.com/obituaries/Jeffrey-James-Cockroft