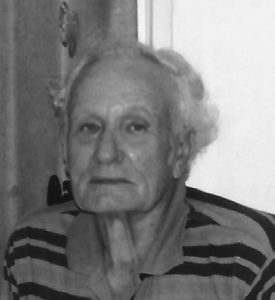 John David Wiegand, age 88, passed away in San Marcos, January 22, 2018. He was born on October 8, 1929 in Alice, Texas to William Ernest and Tonie (Doyle) Wiegand. His family moved to Ingleside, Texas in the early 30s where John was educated in public school. He graduated in 1947 from Ingleside High School.
John’s family moved to Kyle in 1947 and he enrolled in Southwest Texas State Teachers College (STSTC), San Marcos. He graduated in 1951 with a Bachelor of Science in Biology. In 1951, John enlisted in the United States Navy and served as Hospital Corpsmen and Clinical Laboratorian throughout his service. Following his discharge in 1956, John re-enrolled in STSTC and received his Master of Arts in Biology. John’s next educational endeavor was at The University of Texas College of Pharmacy. While in school he worked at Travis County Blood Bank and as laboratory clinician at several Austin hospitals. John then joined the staff at Texas Department of Health Services as a virologist. He worked there and at several Austin area pharmacies until his retirement in the late 80s.
While employed at St. David’s Hospital, John met his future wife Doris Sherman, a nurse. They married in 1961. Doris brought two sons, Burk and Curtis, into the family. In the mid-60s, John and Doris purchased a ranch east of Austin in the Mustang Ridge community. They enjoyed ranch life, raising cattle and gardening. Doris died of cancer in 1995.
John continued ranching until 2012 when he could no longer live alone and became a resident of Parkview Nursing Center of Lockhart. In 2015 he moved to San Marcos Rehabilitation and Healthcare Center. The family is appreciative of the care given John during his stay at these facilities.
John was preceded in death by his parents, two brothers, William Doyle and Thomas Edward and one sister, Dorothy Jean Parker. He is survived by his younger brother Rex Dale of Kyle, stepsons, Burk Sherman of Florida and Curtis Sherman of Louisiana, as well as numerous nieces and nephews.
To view and sign the guestbook, visit https://post-register.com/obituaries/John-wiegand