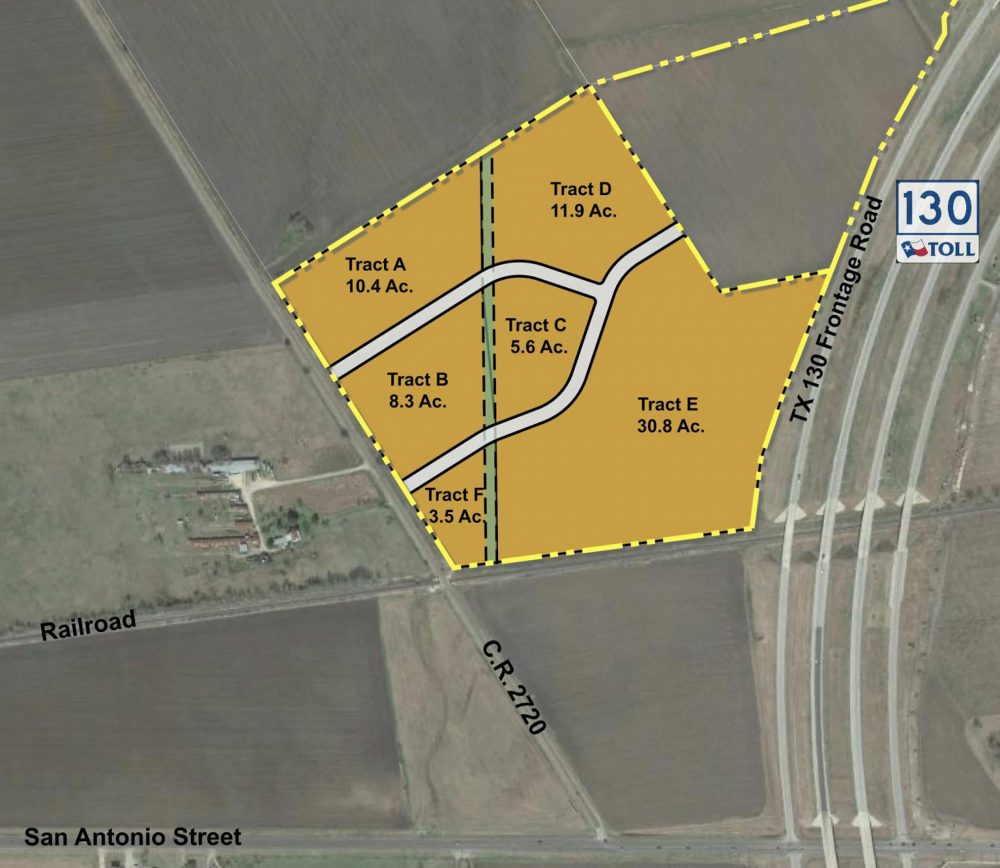 Funding for Lockhart’s next industrial park was approved by the Lockhart City Council on Tuesday night. The funding will allow the Lockhart Economic Development Corporation (LEDC) to purchase a 75-acre site located at the intersection of SH 142 and FM 2720, which is already zoned for industrial use.

The LEDC plans to use the land to entice larger industrial development to the city which they hope will bring jobs and tax revenue with it.

The new purchase is part of the LEDCs strategy to invest in development that will leverage the community’s strengths. Their Target Industry Strategy report released in October showed Lockhart should target manufacturing and distribution in their economic development.

“When we want to go after some bigger fish, we need a bigger pond,” Kamerlander said.

The “bigger pond” will bring with it more job opportunities for residents.
“The skillset of the people in Lockhart, and what we consider to be the Lockhart area, are well suited for manufacturing and distribution,” Kamerlander said. “We know Lockhart citizens will be able to have those jobs, take those jobs, apply for those jobs on day one.”

This isn’t just a theory city leaders hope will play out. As Austin development has creeped towards Caldwell County, the demand for this type of development has only increased.

Just last month the LEDC closed a deal with Iron Ox, selling the last 25-acre site in its inventory. The deal guaranteed $10 million in new investment to the city.

Having a “fish on the hook” will help fund the purchase. The project has a price tag of $5.1 million for the first phase, but will require no new taxes to pay for it.

The LEDC will put up $1.5 million from their fund with Caldwell County voting to match a $1.5 contribution at the November 24th County Commissioners Court. The LEDC will use the sale of the land to pay back the county.

The council voted unanimously to approve a $1.6 million sales tax revenue bond to help pay for the purchase of the land. The city was able to take advantage of interest rates at near record lows, securing a 2.47% rate from American National Bank of Texas.

With the funding secure, the LEDC hopes to close the deal on purchasing the land by December 10th and get earth movers on site by January or February of 2021.

As the council meeting wrapped up Council Member Jeffry Michelson summed up the feeling everyone in the room had about the deal: “I think exciting things are about to happen for Lockhart.”

Dickens Christmas modified, but not canceled