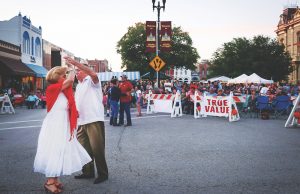 Business owners, event organizers and city officials said they thought the weekend’s Cinco De Mayo festivities were a success.
A rainy Friday had Greater Caldwell County Hispanic Chamber of Commerce President Michael Capello feeling nervous about the event – especially after weather forced activities to kick off later than planned – but said he felt everything went well, with crowds that continued to pick up until the final concert of the event, which wrapped up around midnight Saturday.
“It surpassed my expectations,” said Capello.

Read more and see some photos of the event in this week’s Post-Register.